Mandy Teefey, Producer of "13 Reasons Why" | The Newsette

Producer of "13 Reasons Why" 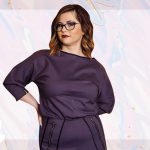 Mental health is health, full stop—and talking about emotional stress is important, even during normal times. (Which this is, uh, definitely not.) To help make mental health part of our regular conversations, we’ve created Behind the Curtain, a feature to explore how women find peace of mind in the midst of total chaos, whether that’s on the sports field, in the boardroom, or inside the Instagram fishbowl known as fame.

First up: Mandy Teefey, the Hollywood producer behind Netflix’s 13 Reasons Why and Living Undocumented (which were additionally produced by Teefey’s daughter, Selena Gomez)—as well as, Kicked to the Curb Productions’ upcoming feature film The Broken Heart Gallery.

Here’s how Mandy frames her mental health journey so far, and why—in her words—“the more you talk about what’s in your head, the easier it gets for you to feel better.”

You’re very open about mental health, and specifically your mental health, on social media. Have you always been that way?
Not at all! When I was younger, it was something that wasn’t discussed in my family or my neighborhood. After I had Selena, I was 16. I noticed that I felt disconnected. I felt a little out of place, always, so I started doing research, which finally led me to a psychiatrist, who diagnosed me with Bipolar II disorder… which is where you have cycles of depression mixed with more elevated moods. Highs and lows, basically… then in my 40s, I was diagnosed with adult ADHD, which again, is not something that was ever talked about in my community.

What if I’m too busy to find a therapist?
You are never too busy to take care of yourself!… Even if you’re a mom who puts everyone else first. Before you can truly care for anyone else, you have to take care of yourself… I’ve been there, and I promise, you cannot be the kind of mom or friend or artist you want to be until you first care for yourself.

After you took that step, what else changed in your life?
Everything. When I started doing cognitive behavioral therapy (which is just the technical term for talking to someone, so don’t get intimidated!), I also started working out and eating better. Then I saw 13 Reasons Why in a bookstore and I just thought, “This is a vessel.” But I wouldn’t have been ready for it if I hadn’t been taking care of myself.

13 Reasons Why got a Golden Globe nomination and a ton of viewers, but it was also controversial when it aired. Now that it’s been a few years, how do you feel about its legacy?
Suicide is a complex tragedy. Very complex. The show allowed us to talk about it in a bold way and not be ashamed of naming it, and naming other problems (like sexual violence) that sadly, some young people experience and feel like they can’t talk about. This show put those problems to the forefront and created space for discussions that a lot of us wouldn’t have had otherwise. In that sense I’m extremely proud of the project.

Are you worried that being open about mental health could make your career harder?
No. You know, there’s a girl with a blog for ADHD named Jessica McCabe. She says, “ADHD people think outside the box because they don’t even realize there’s a box.” That’s totally true! And I’m proud of my creativity and focus. Plus, once you’re open about something like mental health, you’ll find many people—at work and elsewhere—have experienced something similar. Nobody feeling this way is alone.

You have two daughters. How does being a mom affect the way you discuss mental health?
I try to be as honest as possible with them in terms of what I went through. I don’t want either of them to think I was “perfect,” and they have to live up to some ideal. I’m open with them. I say, “This is what’s going on with me, and it’s a health issue.” The same way that if you have cancer, you’re not ashamed of saying, “I have cancer and here’s how I’m going to beat it.” It’s the same with mental health. I want them to come to me with those issues so I can be supportive, and I want them to know that naming those issues doesn’t mean you’re weak, it actually means you’re strong!

Is it hard “sharing” Selena with the world, and having the entire planet love your daughter along with you?
It’s amazing and it makes me so proud, but fame can be hard, so I’d say it’s a little bit of both. To me, Selena is just my daughter! When you live in Hollywood, you’re in your own world. You don’t think about someone in Wisconsin knowing all your business, you know? So I want to defend her always and protect her always… At the same time, I can’t change anybody’s mind on social media, because social media is crazy! [Laughing.] So I try to stay in my lane, and stay off Instagram. Focus on the real stuff.

Why is your production company called Kicked to the Curb?
When we first moved to LA, we’d never seen couches on a curb before. Whenever people would move, or they would get a nicer couch, they’d just leave their old couch on the sidewalk until someone took it! So we kept driving around seeing these random couches, and I said, “Selena, we should make a coffee table book for Urban Outfitters—couches on curbs!” The whole family laughed at me; it even became their inside joke—their way to make fun of me. Then we saw a piece in the LA Times about couches left on curbs. I cut it out and said, “Look Selena! A journalist made a 3-page photo spread about couches on curbs! So everyone can laugh at me, but I still know it’s a good idea.” When I started the production company, the inside joke was, “Everyone can laugh at me, but let’s be real. I knew this would work.” And it has!