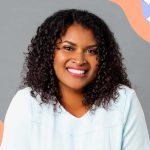 Every successful entrepreneur has one sentence in common: “My parents thought I was crazy.” So it goes for Stacy Kirk, one of the only Black female founders of a major software firm. In her case, it happened in 9th grade, when Stacy insisted on switching from private to public school. “Some of my teachers were biased against girls, and specifically against African American girls,” says the Texas native. “They refused to enroll me in AP classes, even though I was top 10 in my class! Sure, it was a ‘prestigious’ place, but that doesn’t mean much if it won’t support its young women.”

One transfer slip, many AP classes, and a Stanford degree later, Stacy has become a renowned STEM expert at the top of her field. And her family? “They still think I’m crazy,” she laughs, “but you have to be crazy to own a business.” Here’s how Stacy’s leading the way for female software engineers… and what she really thinks about Alexa and Siri listening into your private life.

What empowered you to be a leader?
I think knowing that just by leading, I would be making a difference in the world. Women, especially women of color, are underrepresented in tech, especially at the executive level. But I grew up used to being different, and in fact, I thought of it as a positive thing. “Oh, I’m a girl! I’m African American! I love engineering. I will be different! Isn’t that cool?”

You went to Stanford. It’s an amazing school, but is there something you wish they taught women in STEM that they don’t?
Nobody told us that you still need to learn everything—everything!—when you’re on the job. When you’re in college, everything’s theoretical, even programming. You’re making these little apps… they don’t mean anything… And in college, you finish a program in 2 weeks. But life is not a program. It’s way more complicated. There are more moving parts and pieces. The complexities of life are not something you can learn on a college campus. Also, what diversity really means.

How so?
The world is filled with people at all levels of capacity and diversity, and also emotional diversity! Learning that is still an ongoing process for all of us.

We’re talking a lot about diversity in Artificial Intelligence—how facial recognition programs can be racist, for instance. Do you think we can make AI less biased?
It’s not easy. I’ve had a couple conversations with Jason Arbon, who leads a company called Test.ai. He’s worked at Google specifically on bias in AI; it’s something he’s very passionate to resolve, and it’s so hard. As coders, we have to ask ourselves, “How do we program for consideration of all people, and all mindsets?” It’s very difficult, but I do think we should be farther along… I make a joke that Netflix sometimes puts movies at the top of my queue just to [troll] me. Like, “Netflix, why would you ever think I want to watch that?!” I’m mildly offended! But that’s what happens when everyone on your coding team looks the same and has the same gender. Ten dudes from the West Coast in their 20s talking about removing bias? Come on.

So diversity isn’t just a buzzword—it can also raise profits.
Absolutely! I preach about diversity of perspective being the catalyst for innovation… With the Black Lives Matter movement, I’m hoping there’s a consistent push for more diversity, for more Black and marginalized people in the executive level. When we look at problems from more than one angle, we get multiple solutions, and that’s how we get better and smarter solutions. Diversity of perspective leads to bigger gains all around.

In your expert opinion, should we be scared that Alexa is spying on us?
Ha! If you use the Internet, there’s already so much information about you already out there. Personally, I’m a big fan of Alexa. She’s my assistant… But I’m a risk-taker when it comes to tech. I think privacy is a serious issue, because information, security and privacy? That’s the new oil. It’s even more valuable.

Help! I am a grown woman who has never learned to code. What should I do?
Make it a game! Download CodeCombat, which I like a lot. It’s fun for adults and kids, and it teaches you to code with little characters you move around the screen. I also love Lightbot, which feels like a game, but teaches code along the way. That’s another one you can play with kids, or you can play by yourself as an adult. Give it a try—I think you’ll surprise yourself with your abilities.

Get the best sh*t to your inbox